“How to Master The Power Habits® of Unconsciously Successful People in The Next 30 Days Without Having to Work Harder”
...while FINALLY being able to spend 90% of your time doing what YOU LOVE!

By The End of This Training, You’ll Know...
Plus - You will learn My Secret Killer Strategies to Simplify Your Life and Streamline Your Business – So you can stop being a victim of “Shiny Object Syndrome!”
How Will This Change Your Life and YOUR Business?
WITH POWER HABITS® ACADEMY:

NOAH ST. JOHN is the founder of SuccessClinic.com, an international success training company.

Noah helps people make money: Since 2009, he’s helped his coaching clients add over half a billion dollars in sales.

He is the only author in history to have works published by HarperCollins, Hay House, Simon & Schuster, Mindvalley, Nightingale-Conant, and the Chicken Soup for the Soul publisher.

A highly in-demand keynote speaker, Noah is famous for helping people get rid of their head trash so they start making more money. His engaging and down-to-earth speaking style always gets high marks from audiences.

As the leading authority on how to eliminate limiting beliefs, Noah delivers private workshops, live events and online courses that his clients call “mandatory for anyone who wants to succeed in life and business.” He’s also authored 14 books that have been translated into 17 languages.

Book Noah to speak for your event at www.BookNoah.com 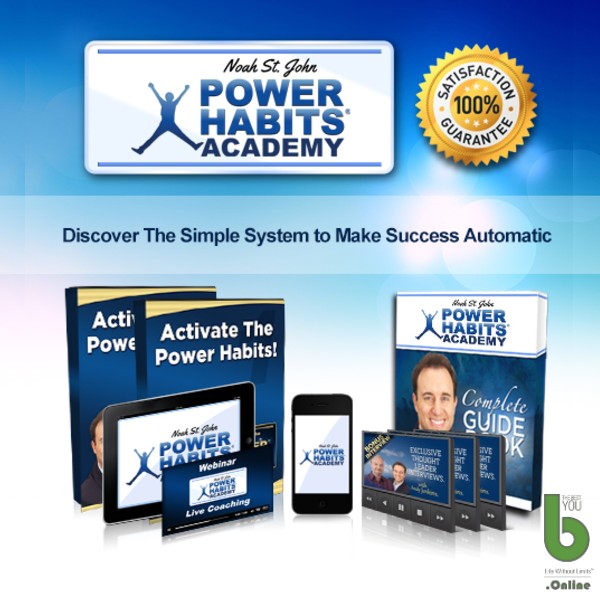